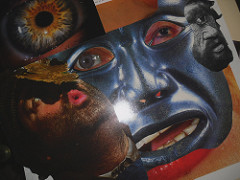 BIGINKDOTcom We Ink What We Think about Shutdown

Contrast; President Trump is against our government’s unwillingness to address senseless murders of innocent Americans by Mexicans crossing the border so he disrespect the livelihoods of the dedicated Government workers by taking a “knee/stand” against their pay checks until his government foots the bill to do something about it.
Players on the NFL were against our government’s unwillingness to address the senseless murders of innocent or innocent until proved guilty African Americans; non-violently took a knee against the ‘symbol” of our unwilling government.
President Trump’s answer to the NFL was to create a narrative of “this is disrespect” of the symbol of the government for which it stands and suggested the removal of their livelihoods saying “NFL owners should fire the S.O.Bs”
I guess my question is which causes the most pain seeing a people’s non-violent freedom of expression of their government’s will to address crimes against a people “shut down” or seeing my Federal Employee Brothers and Sisters regardless of Party having their “Livelihood Shut Down” over the mere debate over the best way to protect the people.
And I suppose those affected by workplace violence and mass shootings must wait their turn to declare their “State of Emergency”.
Some are advocating that the Owners “We the People” should “Fire the SOB/Impeach the “M%%%***##r” but try not to cuss about it ” Let your Yea be Yea and Your Nay, Nay” and live Peaceable with all men.

On the off-ramp of the Internet Highway to BrowserSt